Are You FLSA Compliant? 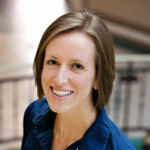 This month, we are proud to feature a guest blog post from Kalen Fraser, CEO of the Labor Brain Inc. and former investigator for the U.S. Department of Labor Wage and Hour Division.

In January of last year, a roofing company in Aurora was ordered to pay $230,000 in back wages and penalties. In February of 2014, several restaurants in Aspen owed almost $1 million dollars in unpaid overtime to their employees, and in March, a plant nursery in Fort Collins agreed to pay almost $130,000 in overtime back wages to their employees who were misclassified as exempt. If you’re asking yourself “who or what is doing this?” and “how can I avoid the same fate?” you’re in luck. In this blog post, we will be identifying who is doing the investigating, why they are doing it, how they choose their targets, and how you can stay out of their way.

To start, the agency behind these investigations is the U.S. Department of Labor Wage and Hour Division. They are responsible for enforcing several different labor statutes including the Fair Labor Standards Act (FLSA), the Family Medical Leave Act, the Davis Bacon and Service Contract Acts, the Migrant Seasonal Worker Protection Act, and the H-2A, H-2B, and H1B guest worker programs. The vast majority of their investigations deal with compliance under the FLSA which regulates the payment of minimum wage and overtime, child labor, and record keeping. Most large and small companies have to comply with the FLSA. If you have at least two employees and do more than $500,000 in gross annual sales, all of your employees are automatically covered by the FLSA rules. If your business is smaller than $500,000 in gross sales, some of your employees might still be covered if they participate in “interstate commerce” which includes things like loading trucks, making orders online and via phone, swiping credit cards, etc.

The Wage and Hour Division (WHD) is a federal agency and is completely separate from the Colorado Division of Labor and Unemployment (CDLE). The state also does labor investigations but on a smaller scale with less severe consequences. The WHD has three offices in Colorado: Denver, Colorado Springs, and Grand Junction. The vast majority of the investigators work out of the Denver office but they travel across the state.

At any given time there are about 25 federal investigators working on cases throughout Colorado. Historically, the majority of investigations were initiated as the result of a complaint received from a current or former employee of a company. However, the WHD determined that they could achieve better compliance from employers if they targeted certain industries in a given geographical region. Now there are several initiatives each year that target specific types of employers. For example, in the past few years they have conducted strategic initiatives on hotels, H2B employers, H2A employers, landscaping companies, nurseries and greenhouses, and daycare facilities. Each year they select new industries to target based on their perception of which employers are most likely in violation of the FLSA.

The consequences of being found “out of compliance” during an investigation are dire. Employers with the best of intentions find that they have violations, not because they were purposely breaking the law or doing something wrong, but because they just didn’t realize what the rules were or how they were enforced. Most FLSA investigations cover a two year period from the day an investigator arrives at your place of business. This means that they will be examining the past two years for any violations and charge back wages for any unpaid minimum wage or overtime amounts. In addition to back wages they frequently charge liquidated damages, doubling the amount owed. They also assess fines for repeat violations and child labor offenses.

The most interesting thing about these investigations is that they often disclose the same types of violations. In fact, there are 10 common violations under the FLSA that investigators see over and over again. If you can mitigate your exposure in these 10 areas you will be well on your way to FLSA compliance.

Take some time this year to re-evaluate your compliance status with the FLSA – it’s definitely worth it, because if you don’t do it, the U.S. Department of Labor Wage and Hour Division may do it for you.

Are You A Member?